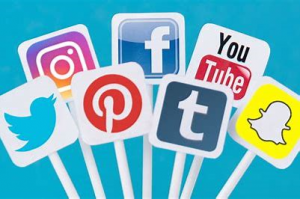 My Ex and I were together for over half a decade and we were both really focused on work the past couple of years and fought constantly. He broke up with me, citing his unhappiness. I kept giving in to talk to him but it's now my new years resolution not to speak to him. I don't want to be in this relationship anymore. But now all I see on his social media are pictures of him partying with other girls. I know people just post things to look cool on social media and I did block him... but still, I unblock him sometimes to see his posts because I can't resist. It just gives me great anxiety not to know what he is doing. Anyone else having this issue?

Dear Fellow EXaholic, that’s a hard thing to deal with. I still lurk and stalk his IG and FB. It gives me anxiety too but is somehow/in some way an utterly  irresistible urge to know what he is doing. I know the anxiety is no good but it’s like a force that can’t be stopped. Just know you’re not alone in this.

Dear Fellow EXaholic, one of the biggest issues for me in my healing was that I couldn’t stop looking at my ex and the crazy people he was hanging out with on social media post break up. It prolonged the process for me and I got pretty obsessed. It was like watching a bad reality tv show. But let me say, once I was able to let that go, I was finally able to get out of the fog. I was living in a daze and dealing with major anxiety resulting from the stalking--it’s toxic. I wish you the best. It’s not easy to let go but trust me, it will help you so much in the long run. There are better things on the horizon for you, for us all.

Dear EXaholic, you are definitely not alone in feeling the anxiety. At times it can feel so overwhelming that we can't readily see beyond our own experience. But if we take the time to think through how many EXaholics brothers and sisters are out there with pain so similar to ours, we may recognize that we're naturally programmed to react this way to love. The more we look into the addictive component of our attachment to an EX, the more the pieces of the puzzle start to come together. As they do, the healing process is more apparent, including things like EX sobriety and learning emotional independence. The work of recovery lies ahead and is a necessary process for those who hope to heal from this emotionally turbulent state of unhappiness.

Can't Get Over Your EX? Join EXaholics.com and let the healing begin.