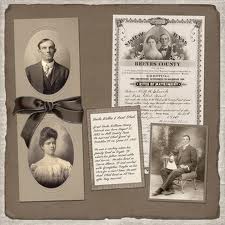 Reasons why Scrapbooking is so Popular

Some say scrapbooking is even more popular than Golf. Seriously! According to Creating Keepsakes magazine, scrapbooking is now more popular than golf in the United States, where one in four households has a scrapbooker, compared to one in five households with a golfer. But what is scrapbooking? As Dexter Morgan so eloquently put it, in response to his sister, Scrapbooking is the tradition of putting photos and memorabilia into a family keepsake album along with relevant journalising (Source: Showtime Drama Series Dexter, Season 3 Episode 2, Finding Freebo).

Scrapbooking can be dated back to the 15th century with the emergence of commonplace books, then friendship albums in the 16th century followed by school yearbooks in the 18th and 19th century and with the later invention of modern photography as noted in www.wikipedia.com. However, modern scrapbooking began in the early 1980s with Marie Christensen and the opening of the first scrapbooking store which she and her husband started in Utah. Yet, the hobby really exploded between 2001 to 2004 when the scrapbooking industry doubled in size to $2.5 billion with over 1600 companies creating scrapbooking products by 2003.

There are various types and forms of doing scrapbooking but the two basic types, in my opinion, is (1) the standard or traditional form of creating memory albums using supplies such as a photo/scrapbook album, photos, ruler, glue, colored paper, embellishments such as ribbon, buttons, stickers, fabric, lace and tools such as fancy scissors, dye cuts, precut mats and so on; and (2) Digital scrapbooking or DigiScrappin’ as it is known by the on-line scrapping community, which involves creating pages on the computer using software and digital embellishments which are available on-line from various scrapbooking websites.

So what makes scrapbooking so popular?

Scrapbooking has emerged as a very popular pastime, even more than golf, due to many reasons such as:

Technology has facilitated increased interest in scrapbooking with the constant improvements in digital cameras which enable people to take as many pictures as they desire, with the only restriction being the size of their camera memory cards. Many people have camera phones as well and generally there has been an increased interest in taking pictures of everyday events. In addition, there are many computer software photo editing programmes which open up a world of opportunities to improve on a photo, make changes to it and spice it up a bit!

The word is getting out on scrapbooking through cable television craft shows, magazines publications and Internet websites which provide tutorials on how to scrapbook, teach various techniques, and provide ideas on various layouts and themed pages etc. These various forms of media capture a wider audience globally and aids in increasing the popularity of scrapbooking. There are also entire stores dedicated solely to selling scrapbooking supplies and situations where scrapbooking ‘hobbyists’ get together at each other homes, scrapbooking workshops, stores, clubs, scrapbooking fairs and conventions. A relatively new phenomenon is scrapbooking cruises. All these avenues facilitate scrapbooking becoming such a sensation globally.

Many people use scrapbooking as a way to preserve old photographs, organize them versus storing them in a box and presenting them in a pleasurable, colorful and interesting way. It allows us to preserve memories for future generations. What makes scrapbooking different from simply putting photos in an album is the journalising of dates, names, times and special memories for each particular photo. You can write whatever you wish, make it as simple or complicated as you like, and simply express your individual personality in your work. Scrapbooking is something that just about anyone can do, once you have the interest in it. It does not require you to have any artistic skill or even to be a crafty sort of person. All you need is a little imagination and creativity and based on personal experience, if you thought you did not possess either, you would be surprised that once you start scrappin’ it flows and becomes an expression of yourself!

Maybe scrapbooking is gaining so much popularity because it is simply fun. In the end your time is spent creating beautiful memory books which can be shared with friends and family. Scrapbooking also gives you an idea for a themed party!

I hope that after reading this article, you would feel to go give scrapbooking a try to. I do hope you enjoy it.